Now you can own a digital copy the incredibly successful 2018 American Laser Study Club’s Inaugural Symposium. Available immediately are high definition video copies of the ALSC Symposium’s presentations. The presentations are based on a wide variety of medical, dental and veterinary laser topics including tongue- and lip-tie releases (frenectomy), laser dentistry and oral surgery, veterinary laser surgery and dentistry, dermatology and cosmetic laser surgery, and laser-tissue interaction education. 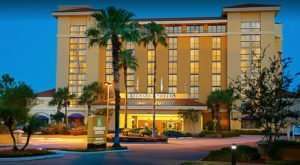 C. Kumar N. Patel was born in Baramati, India in 1938. He received his bachelor’s degree in Telecommunications from Poona University at the age of 19 (1958), then came to the US for graduate school. He earned an MS (1959) and PHD (1961) in Electrical Engineering from Stanford University. He spent more than 30 years at Bell Labs, starting in 1961.

Dr. Patel began doing fundamental research in laser action in the pure rare gases. This led him to discover laser action in carbon dioxide (CO2) in 1963. He is the inventor of the carbon dioxide, carbon monoxide, and the Spin-Flip Raman lasers. He pioneered the use of these and other lasers to measure trace gases in difficult environments.

In February, 2000 he founded Pranalytica, Inc. in Santa Monica, CA. where he is CEO and Chairman of the Board. The company initially developed revolutionary ultra-sensitive trace gas detection instrumentation based on laser spectroscopy. Driven by advances in its laser sources, Pranalytica led the commercialization of revolutionary new infrared light sources – quantum cascade lasers.

Dr. Scott A. Siegel is a Board Certified, Dual Degree Oral and Maxillofacial Surgeon and a pioneer of Lip and Tongue-tie Laser Surgery. Dr. Siegel’s full-scope OMFS practice is located in New York City and Huntington, Long Island. He is also the Founder and Medical Director of the Center for Tethered Oral Tissues (TOTs) dedicated to the diagnosis and treatment of lip- and tongue-ties, in New York City. His groundbreaking research on the association of Aerophagia Induced Reflux (AIR) and Lip and Tongue-Tie in breastfeeding infants was recently published by the International Journal of Clinical Pediatrics.

Dr. Strauss received his dental degree from the University of Buffalo and his medical degree from the UHSA School of Medicine. He completed his internship at the Buffalo General Hospital and residencies in both Oral and Maxillofacial Surgery and in Anesthesiology at the Michael Reese Medical Center in Chicago.

Dr. Seiler is a board-certified cosmetic laser surgeon and the Owner and Medical Director at Seiler Skin Cosmetic Laser & Aesthetics Center in Birmingham, Alabama. He obtained his Bachelor of Science degree from the University of Notre Dame, where he graduated with honors. He graduated from the University of Arkansas for Medical Sciences. After training in general surgery at Carraway Methodist Medical Center in Birmingham, Ala., Dr. Seiler, completed extensive further cosmetic specialty training, which extends well beyond any traditional residency or fellowship program. He is also a fellow of the American Society for Laser Medicine and Surgery.

As Executive Director, he currently serves as a trusted advisor and educator to ABLS members and non-members who seek expert training and higher education opportunities in the field. Dr. Seiler also works with state medical boards, health departments and laser safety societies in the U.S. and abroad to help create stronger safety and training regulations that govern practitioners who provide these procedures.

All sessions are in a lecture format. CE Credit is provided on an hour for hour basis of instructional time.
Each lecture is 0. 75 CE credit. Each keynote speaker’s lecture is 1 CE credit.

Dentistry CE Credits –  Up to 14 CE Credits – GLOH Education is an ADA CERP Recognized Provider. ADA CERP is a service of the American Dental Association to assist dental professionals in identifying quality providers of continuing dental education. ADA CERP does not approve or endorse individual activities or instructors, nor does it imply acceptance of credit hours by boards of dentistry. This continuing education activity has been planned and implemented in accordance with the standards of the ADA Continuing Education Recognition Program (ADA CERP) through joint efforts between GLOH Education and the American Laser Study Club (ALSC).

IAOM CE Credits – Up to 10.75 CE Credits – Only International Association of Orofacial Myology (IAOM) members who are SLP, RDH, DDS and DMD are eligible to receive IAOM CEUs.

Veterinary CE Credits – Up to 4.5 CE Credits – This program has been submitted (but not yet approved) for 4.5 hours of continuing education credit in jurisdictions which recognize AAVSB RACE approval; however participants should be aware that some boards have limitations on the number of hours accepted in certain categories and/or restrictions on certain methods of delivery of continuing education.  Call 206.251.4280 for further information.

*Information, terms, and conditions in this communication are subject to change without prior notice.