This page covers the basics of Lasers[1-4] only to the extent and the depth required to understand the basic building blocks of a medical laser for a wide variety of applications including soft and hard tissue surgery as well as therapeutic uses. The basics of laser-tissue interaction within the scope of the soft tissue laser surgery are covered in the Laser Surgery Basics page. A delightful introduction to Optics, as it relates to the topic of this page (e.g. electromagnetic spectrum, units of measure for light’s intensity, and fluence, etc), can be found on these easily accessible and highly recommended Wikipedia pages: Light, Sunlight, Electromagnetic spectrum, and Black-body radiation.

According to the Electro-Magnetic Theory, light is made of electric and magnetic waves that oscillate at frequency f and travel at a speed of light c, just like in Quantum Mechanics. The electromagnetic wave’s polarization is defined by the orientation of the plane in which the electric field oscillates.

When considering the laser light generated by the atoms and molecules, it is the most helpful to consider Light in terms of Photons that are absorbed (see Figure 1), or emitted (see Figures 2 and 3), by atoms or molecules. 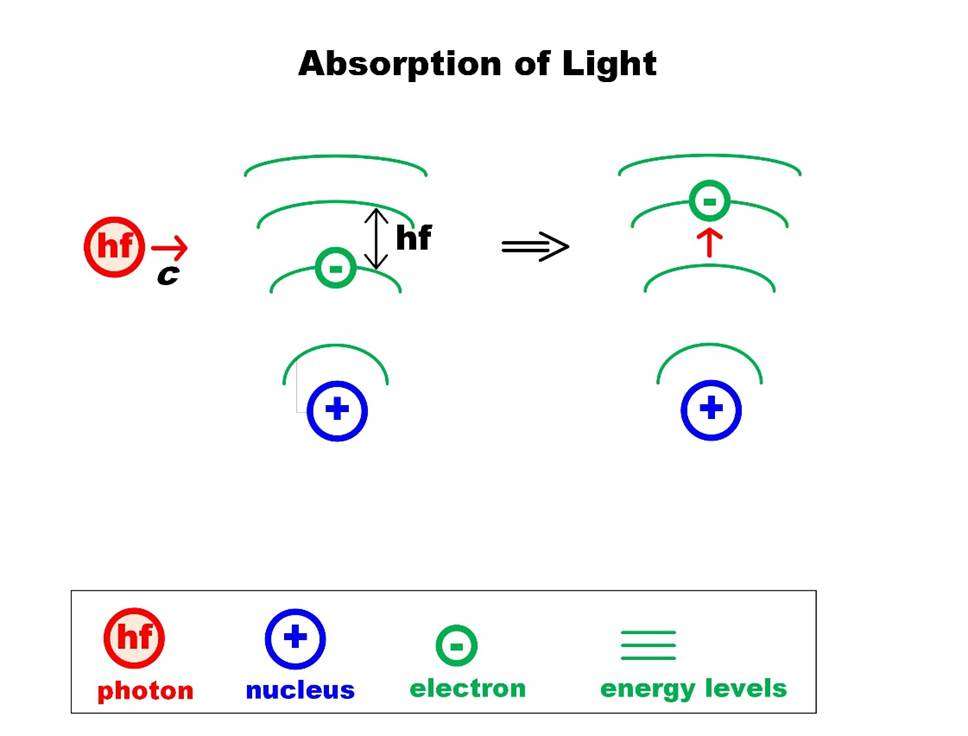 Figure 1. Absorption of light by an atom. 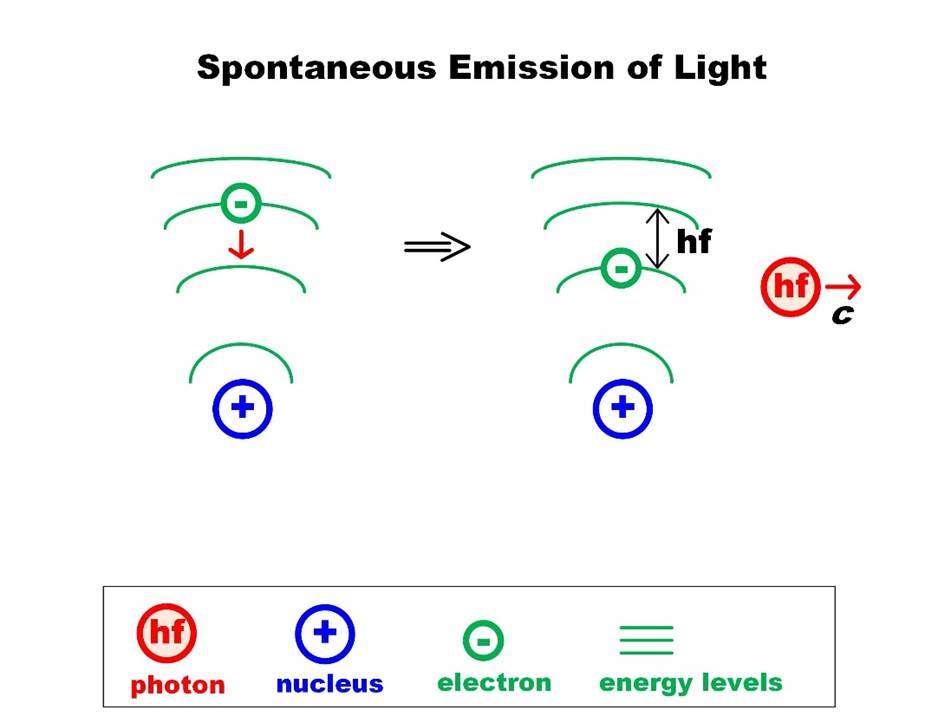 Figure 2. Spontaneous emission of light by an atom. 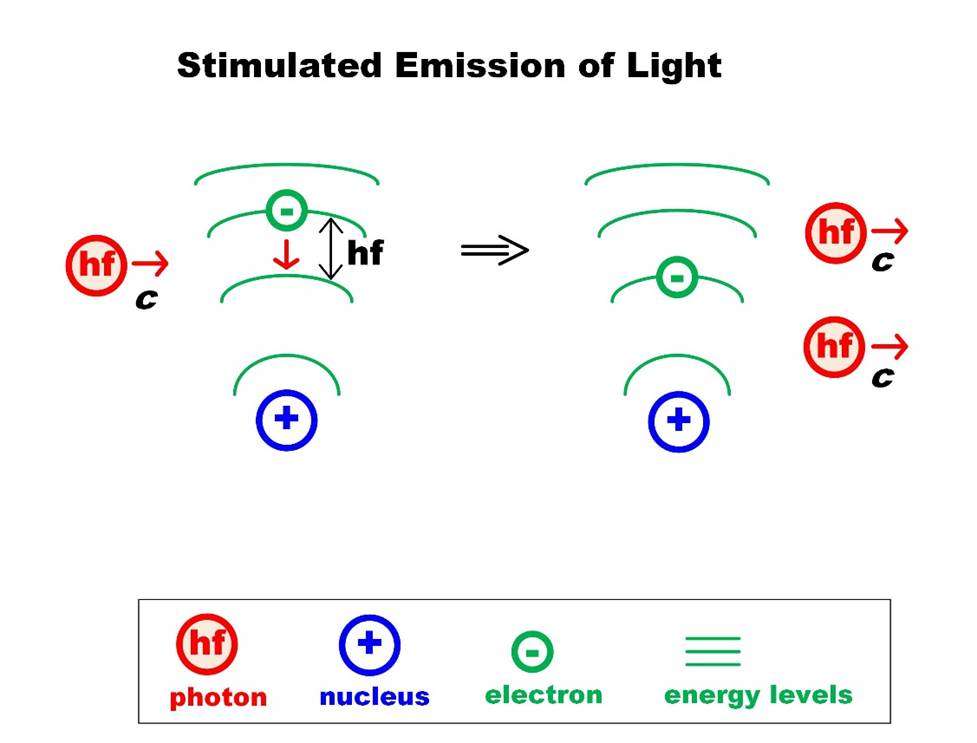 Figure 3. Stimulated emission of light by an atom.

However, when considering laser resonators, it is the most helpful to think of Light in terms of Waves, as illustrated in Figure 4, where the shape of the resonator mirrors match the shape of the laser beam’s wavefronts when reflected from the mirror surfaces. The particle-wave dualism inside the laser resonator is expressed through the shape wavefront of the electromagnetic waves, which is made of many individual in-sync photons (i.e. coherent) of the same energy (or frequency, i.e. monochromatic) that are generated by the atoms, or molecules, inside the laser resonator. 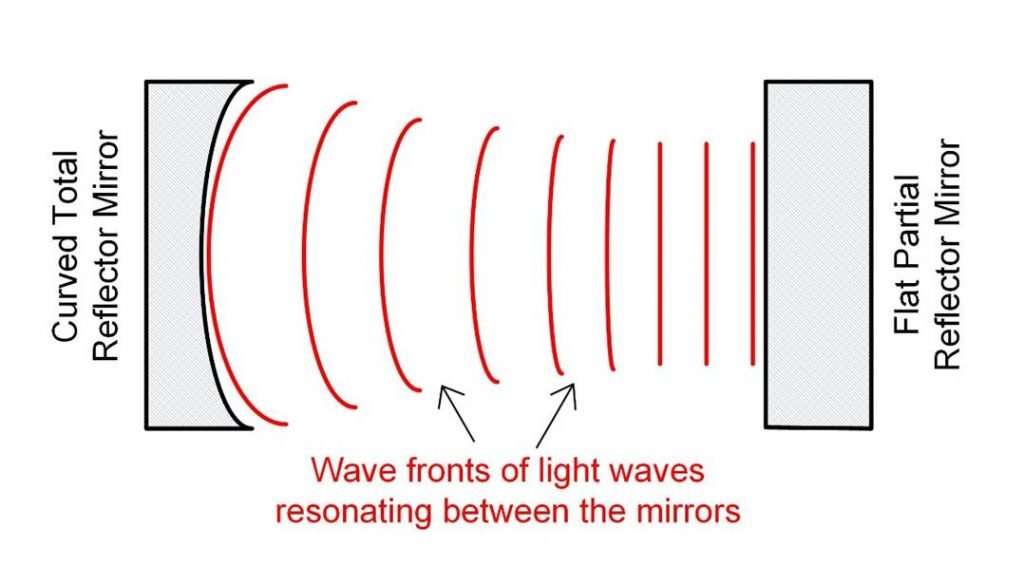 Figure 4. Laser resonator mode having its wavefront matching the shape of the resonator mirrors.

Consider an electron inside the atom having its two energy states (or orbits) separated by hf as shown in Figure 1.

However, if electron is in the higher of the two energy states, a photon of energy hf can be spontaneously emitted by such an atom, and electrons will jump from the higher energy state to the lower energy state, as shown in Figure 2. Such emission of light is referred to as Spontaneous Emission.

Consider an electron inside the atom is in the higher of the two states, and such atom is being impacted by the photon with the energy that matches the difference between the two states in the atom as shown in Figure 3. Then the incoming photon, while not being absorbed by the atom, will stimulate: (1) an electron to jump to a lower energy state, while the incoming photon will not be absorbed, and (2) an atom to emit an identical photon in the same direction as the original photon. Such emission of photons is known as Stimulated Emission.

A sufficient number of atoms (or molecules) excited to higher energy states, see Figures 2 and 3, is referred to as Inverse Population, and is the necessary condition for Light Amplification, whereas one photon can result in an avalanche of many identical photons traveling in the same direction. A medium of atoms (or molecules) with Inverse Population, is also referred to as Active Medium, which is a necessary condition for a working LASER – Light Amplification by Stimulated Emission of Radiation.

Both the Active Medium and the Optical Resonator are the two must-have components of a working LASER. 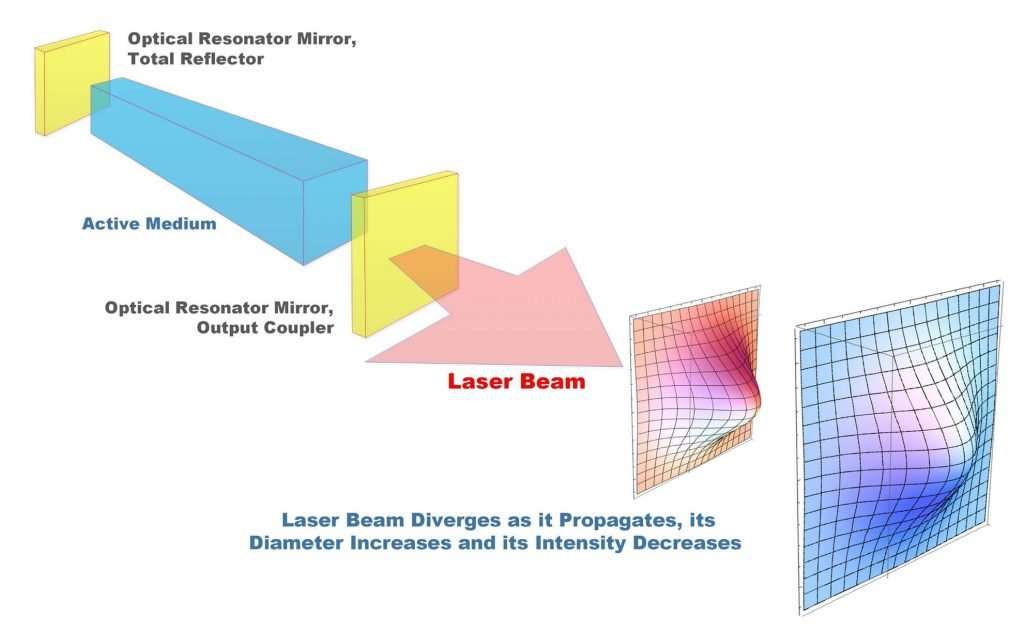 Figure 5. Active medium, inside the two-mirror laser resonator, can produce a laser beam propagating through the partially reflective resonator mirror.

A highly efficient pumping mechanism that is key to a powerful laser design. E.g., the CO2 laser pumping mechanism,[6,7,8] invented by Kumar Patel, an honorary member of the American Laser Study Club, is based on the proper selection of (1) gases (CO2, N2, He, Xe) for the active medium, and (2) electrical parameters of the plasma that creates the active medium. Electrical pumping transmits up to 80% of plasma electrons’ energy into N2 molecules’ vibrational states, which in turn excite the CO2 molecule’s upper lasing energy levels. The He atoms maintain the lowest population on the lower lasing energy level of the CO2 molecule through efficient conduction of heat out of the active medium. The Xe atoms optimize the energy of electrons in the plasma to ensure the most efficient excitation of the N2 molecules (mentioned above) so that CO2 laser’ electro-optical efficiency can exceed 20%.

The simplest, and often the most practical, optical resonator consists of two mirrors, one of which is a 100% reflecting mirror with a concave surface, and the other is a partially reflective mirror with a flat surface. The transmissivity of the partial reflector is designed to match the optical amplification (or optical gain) of the light energy as it travels round-trip through the active medium. Weak optical gain lasers (CO2 or Excimer or HeNe lasers) require a relatively long active medium, while strong optical gain lasers (solid-state or semiconductor lasers) feature shorter active media.

As the laser beam propagates away from the laser, its diameter is increasing, as illustrated in Figure 5, while the intensity of the beam is decreasing (which is a highly important feature from the Laser Safety Regulations’ perspective). Such a diverging laser beam can be easily collimated and focused by appropriate lenses, as illustrated in Figure 6.

A laser beam is monochromatic (i.e. single color or single wavelength), coherent (different parts of the beam oscillate in sync with each other), and typically collimated (or it can be collimated with an appropriate lens). The most important practical feature of the laser beam for surgery is its focusability in order to maximize laser beam’ power and energy densities at the focal point, as illustrated in Figure 6. Monochromaticity allows us to precisely predict and control the target tissue’s optical properties such as absorption, scattering, and reflection from the target’s surface. 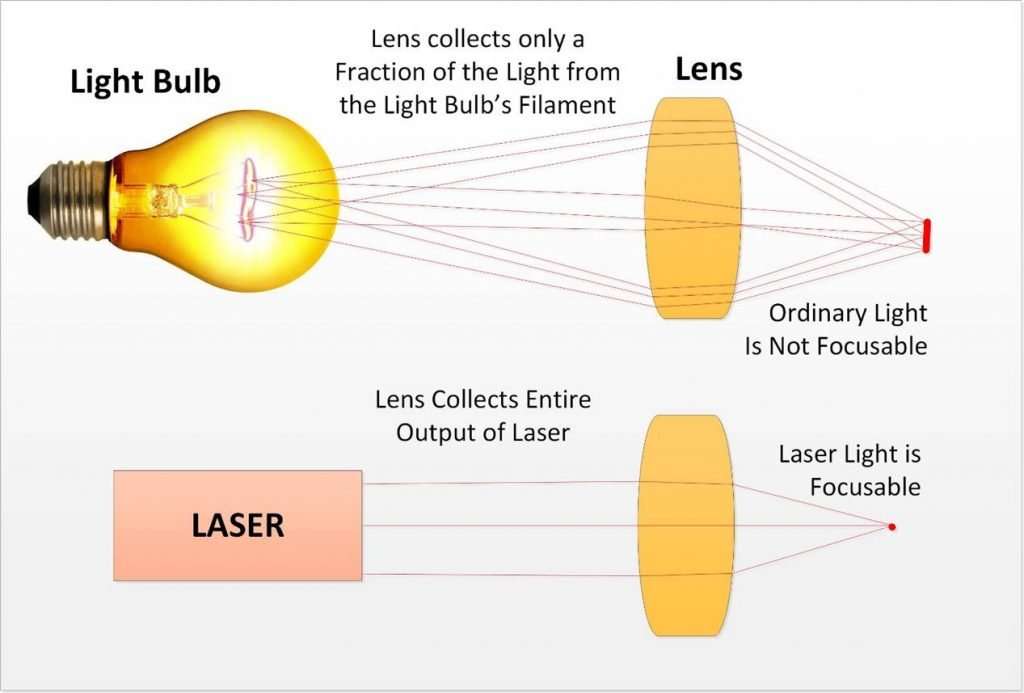 Figure 6. In contrast to the light from non-laser sources, the laser beam can be collimated and efficiently focused into a very small diameter focal spot.

However, it is not just the monochromaticity and collimation that make laser surgery practical. It is also high laser power that, together with laser beam’s focusability, can translate into efficient and fast tissue vaporization needed in surgery. None of the non-laser light sources are capable of the efficacy typical for lasers, which is an extremely valuable feature of lasers for practical applications requiring in excess of several Watts of power for soft tissue surgery (and in excess of hundreds of Watts of power for industrial applications of lasers).