2021 Kumar Patel Prize Recipient for his outstanding contribution to pediatric dental laser surgery education, including his book “Tongue-Tied: How a Tiny String Under the Tongue Impacts Nursing, Speech, Feeding, and More”

Dr. Baxter presenting at the 2020 Symposium

I am humbled and honored to be selected for the Kumar Patel Prize from the American Laser Study Club. Thank you so much for your support and consideration for this prestigious award! The story of how I got into lasers is a fairly public one, as it’s detailed in our book Tongue-Tied, but I will share more details about my journey here.

Although my first tongue-tie symptoms occurred as a baby with difficulty nursing, and I had speech issues growing up, it wasn’t until my junior year in dental school that someone mentioned I had a tongue-tie. We had to check each other for periodontal problems, and they identified I had some gum recession on the back of my lower incisors. They mentioned my lingual frenum was a little tight, and they could do a frenectomy to relieve the tension. A few months later, a periodontal resident and attending released the very base of the frenum with a diode laser for the sole purpose of less gum recession. Funny enough, I hardly ever mention gum recession as a reason to release a tongue-tie! So they got the “base” of the Eiffel Tower but left the “spire” completely intact, and I saw zero benefits for speech, eating, sleep, or anything we normally see with our patients. I didn’t think much about it and moved on with my dental studies. In my junior year, we had one slide during an oral surgery lecture on tongue-tie. That was all the tongue-tie education we received in dental school. It showed a Z-plasty technique that looked very complicated, requiring general anesthesia to complete, so I thought to myself, “That looks scary. I’ll never do that!”

I was interested in lasers during dental school, and for one project, we had to pick a “hot topic” to present about my senior year. Some chose CAD/CAM or another emerging technology, but I chose lasers. I researched the different types and presented on the latest and greatest lasers.

We moved to Columbus, OH for pediatric dental residency at The Ohio State/Nationwide Children’s Hospital and hit the ground running. I didn’t think much about lasers or tongue-tie during residency, as I was focused on learning everything I could about pediatric dentistry. Amongst many other very useful topics, our education included many rare diseases and pathology, as it did in dental school too. Many oral diseases we study in-depth have a prevalence of one in a hundred thousand, one in a million, or are even rarer. Tongue-tie (a tongue restriction that causes symptoms) likely affects around 1 in 4 or 1 in 5 patients. It’s extremely common. Providers will see several tongue-tied patients every day in practice. Interestingly, we only had one article during a residency on tongue-tie; it was 10 years old and had inaccurate facts about tongue-tie. Sadly, this is the last time the American Academy of Pediatric Dentistry (AAPD) journal, Pediatric Dentistry, has published anything on tongue-tie (16 years ago). And that one article was in a stack of other articles we had to read, so we discussed it for maybe 5 minutes. I had a wonderful education at a highly regarded dental school and residency program, but the curriculum relating to oral restrictions was severely lacking and in need of revision (pun intended).

As I was finishing residency, our twin girls were born, and they struggled to nurse. They were spitting up, colicky, gaining weight slowly, and could hardly latch at all without the lactation consultant’s help. Our lactation consultant, Jill, was amazing and encouraged us to have them checked for oral ties. So naturally, we asked our pediatrician, and she said “I don’t see much there, but if your lactation consultant wants me to, I’ll clip it.” She clipped their tongues with scissors, and then my wife continued trying to nurse them, and it wasn’t working. We thought that the tongue-tie must not be the issue, since the clip did not solve the issues… it must be some other problem. But Jill persisted and recommended that we see a dentist who used a laser and who fixed incomplete clips all the time. We drove to Dr. Notestine’s office a week later and had their lip and tongue-tie procedures completed, and they nursed much better. There is more to this story, but the issues with my girls were what made me really start to think about the lack of education on tongue-ties and the need for more providers who can resolve it.

We got to Alabama in July and hit the ground running with the pediatric dental practice that was mostly built at this point. We had been building it for the last year of residency, but it still needed all the finishing touches and installations to get up and running in August. I started providing pediatric dentistry services, just focusing on doing the best fillings and crowns and cleanings we could do to serve our community. In late 2014, we had several patients asking us about tongue-ties, and their children needing the service, so I found every resource I could, but there was a huge lack of training opportunities relating to tongue-tie education for people wanting to get started. 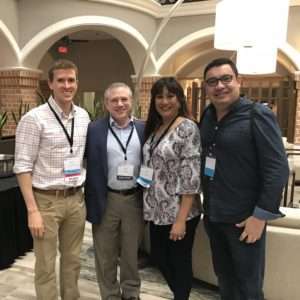 I did my first release in the OR, and the rest with my new diode laser, and for 18 months I used it and had success treating patients. However, the procedure took longer than I preferred when working with babies and young children, and I had post-op phone calls weekly of parents having difficulty with pain control. But it seemed the procedure was still worthwhile, since after being sore, the babies nursed so much better, the kids spoke or ate better, etc.

In 2016, frustrated from the slow speed of the diode release and the pain during and after the procedure, I decided to invest in a LightScalpel CO2 laser, and I immediately noticed my post-op phone calls dropped to zero. I still called to check on every patient at night, but after that phone call, they were good. The babies were nursing well, and most parents reported that their kids acted like “nothing had ever happened.”

We were having patients drive from all over to have this procedure performed, and several questions kept coming up. Parents were asking “how have I never heard of this before?” and “why did my pediatrician/therapist/dentist not know about this condition?” as well as providers asking me “how do I get started doing this procedure?” There were no good answers to these questions. For the first issue, I started writing a blog post, which turned into a long blog series, which started getting chapters, and then collaborators joined in. And then lots of editing, and after a year-long gestation, our book, Tongue-Tied: How a Tiny String Under The Tongue Impacts Nursing, Speech, Feeding, and More was born. The book has sold thousands of copies around the world and has been translated into Spanish and French with Polish and Danish coming this year. Now, when parents ask “why has my provider not heard about this before?” I can hand them a copy of the book and encourage the parent to read it and pass it along. Education in this space is happening slowly but surely, one parent and one provider at a time. But having high-quality media, and easy access to information has helped it spread even faster.

The second question—how can I get started with tongue-ties?—I always answered with “go to conferences, read papers, watch videos, and shadow providers,” but it was not easy to do. Not many people want others coming into their office to shadow, and it’s hard to gather all the information needed, travel to conferences, and get a comprehensive education. So we decided to host providers at our office for a dedicated time of learning (our Advanced Live Patient Course) with the goal of increasing confidence and providing as hands-on of an experience as possible. We have had many providers come through our office for this training, and now they have the confidence to treat patients themselves.

But the big piece was still missing. New providers needed some kind of training before coming to the course. So I spent over a year writing a script for a comprehensive online course that could be digested in bite-size pieces and wouldn’t leave out any important information needed to treat tongue-tied patients. I wanted providers to be able to take this online training and have a foundation to build upon, or if they are already treating patients, to fill in the gaps in education that might exist, such that I would trust the graduates of this course to treat my own children. Tongue-Tied Academy was filmed during COVID-19 quarantine and released in April 2020 with 25 hours of professionally-produced video content, over 60 case studies, and 12 full patient treatment videos we call Virtual Shadowing. It’s what you would see if you came to our office to visit for the day. Many providers have said they now feel confident to treat patients and are getting great results in their practice. This is the course I wish I had before treating my first patient.

Since these projects are now complete, I am focusing on continuing our research pursuits. We were proud to have our recent study published in Clinical Pediatrics in September 2020, and have a couple of other projects in the works. I look forward to continuing to work and contribute to this field in the coming years, and I am thankful for the CO2 laser and technology pioneered by Dr. Patel that truly is what made all this treatment and these families’ success stories possible. Because the procedure is able to be performed with minimal risks—easily in the office without anesthesia or sedation—it opens up the ability to treat patients that would not have received treatment before. With the CO2 laser, we can help so many more patients and see many incredible improvements, even in patients with seemingly insignificant oral restrictions. Thank you to the American Laser Study Club for providing an outlet for new education and research, and for creating a space for laser users to come together and meet (most years!), network, and encourage one another on this journey. 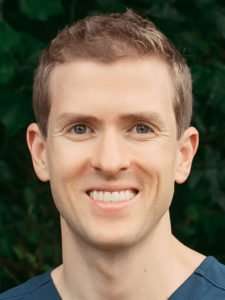 Dr. Richard Baxter is a nationally recognized speaker on tongue-ties, instructor of the comprehensive online course Tongue-Tied Academy and lead author of the bestselling book Tongue-Tied: How a Tiny String Under the Tongue Impacts Nursing, Speech, Feeding, and More. He is the founder of the Alabama Tongue-Tie Center where he uses the CO2 laser to release oral restrictions that are causing nursing, speech, dental, sleep, and feeding issues. He is currently working on several research and educational projects related to tongue-ties.

Dr. Baxter is a board-certified pediatric dentist and is a member of the American Academy of Pediatric Dentistry, the Alabama Dental Association, and the American Dental Association. He attended the University of Alabama at Birmingham School of Dentistry where he graduated at the top of his class. In order to receive a specialty certification in pediatric dentistry, Dr. Baxter attended the residency program at Nationwide Children’s Hospital in Columbus, OH.

He lives in Birmingham, AL with his wife, Tara, and their three girls, Hannah, Noelle, and Molly. In his free time, he enjoys spending time with his family and outdoor activities. He serves as an elder at his church and serves on the board of Reach the Rest, a global missions organization.