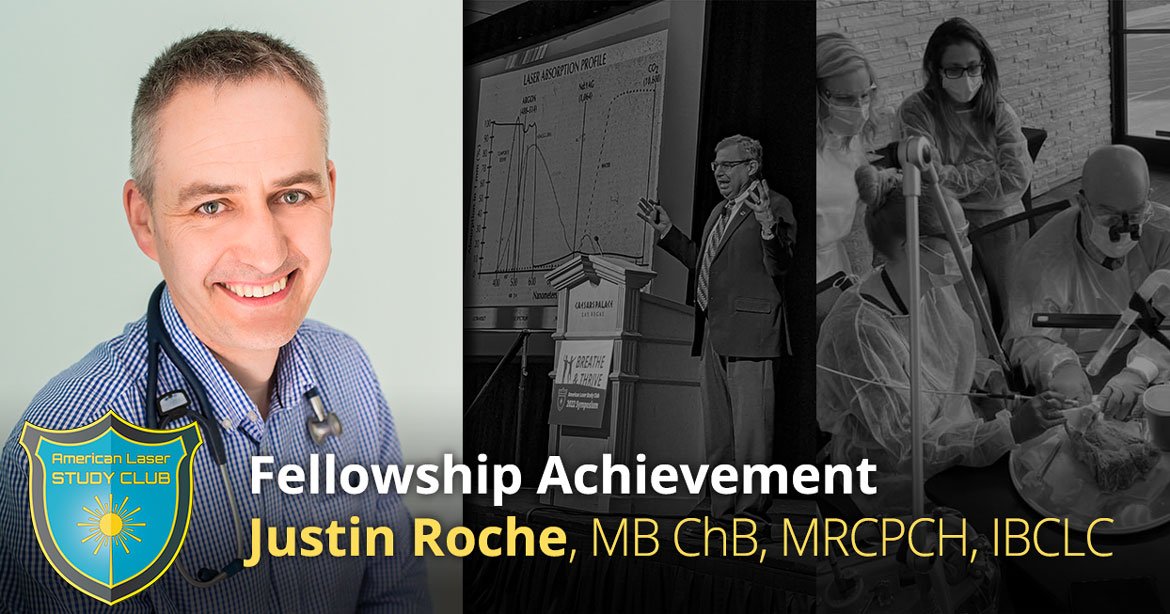 Home / Dr. Justin Roche Is Now a Fellow of the …

Dr. Justin Roche Is Now a Fellow of the American Laser Study Club

Congratulations to Justin Roche, MB ChB, MRCPCH, IBCLC, for achieving Fellow status at the American Laser Study Club (ALSC). The ALSC Fellow status indicates the achievement of basic knowledge in the foundations of laser surgery and laser safety principles through successful completion of ALSC and LIA (Laser Institute of America) courses and exams. Click here to learn more about the ALSC Fellow status and see all ALSC fellows.

He has spent thousands of hours on continuing education having attended numerous conferences and courses on tongue tie, predominantly in the States, in order to be at the forefront of care for infants, children and adults. He is also a board member of the International Consortium of Ankyloglossia Professionals (ICAP).

Justin’s interest in Tongue Tie dates back to 1999 when his first daughter was born. At 5 days old she had her tongue tie divided in Southampton. Six children and four tongue ties later, he returned to Southampton to start his training in how to divide tongue ties himself. He has been treating tongue ties since 2008 and running a dedicated tongue tie clinic since 2010. Currently Justin and the Team would assess and divide tongue ties +/- lip ties in over one thousand children each year.

Learn more about Dr. Roche on his website at www.drjustinroche.com